These are the eight major principles of osteopathy and are widely accepted throughout the osteopathic community.

These principles are not held by osteopathic physicians to be empirical laws, nor contradictions to medical principles; they are thought to be the underpinnings of the osteopathic philosophy on 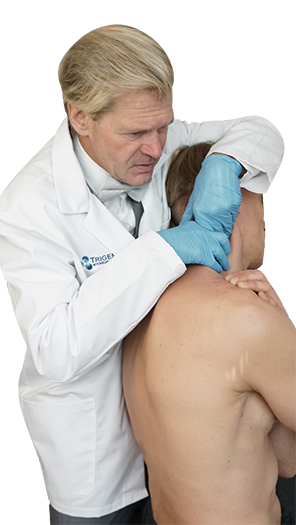 The goal of OMM is the resolution of somatic dysfunction to reestablish the self-regulatory mechanisms of the body. There are various techniques applied to the musculoskeletal system as OMM. These are normally employed together with dietary, postural, and occupational advice, as well as counseling to help patients recover from illness and injury, and to minimize pain and disease. Most osteopathic physicians view manual therapies as a complement to physiotherapy, and use more invasive therapies (pharmaceuticals and surgery) where necessary.

More controversial is the use of manual therapies in the treatment of seemingly organic conditions, such as asthma, middle ear infections in children,[3] menstrual pain, and pulmonary infection. While research is beginning to shed some light in this area,[citation needed] exploration of the relationship between the NMS system and organic disease and the scope of manual therapies are in their infancy. Nevertheless, the sum of research and clinical experience to date suggests that osteopathic treatment can be a safe and cost-effective means of managing (or co-managing) certain diseases.

Cranial osteopathy
Cranial osteopathy, although well-established, is a contested issue within the profession; it is not known what proportion of osteopathic physicians are practitioners. Cranial osteopathic physicians are trained to feel a very subtle, rhythmic shape change that is present throughout the head and body. This is known as the involuntary mechanism or the cranial rhythm. The movement is said to be very subtle, and it takes practitioners with a very finely developed sense of touch (palpation) to feel it. This rhythm was first described in the early 1900s by Dr. William G. Sutherland. The theory underlying cranial osteopathy is rejected by many physicians because it was previously understood that cranial bones fuse by the end of adolescence. However, histological studies have demonstrated the presence of Sharpey’s fibres between the adjacent bones forming the sutural margins, and it is known that these specialized fibers form only at areas where tissue movement is allowed. It is, of course, accepted by most modern osteopathic physicians working within the cranial field, that the spheno-basilar symphysis (a large joint in the skull base) does indeed ossify (turn to bone) and the original principles of cranial osteopathy have thus evolved alongside increasing knowledge. Cranial osteopathic teaching refers to movement remaining within the thin bone of the sutures, and that flexibility within living bone occurs, in contrast to dried specimen bones. The brain does pulsate, but some research suggests this is related to the cardiovascular system. The same study looked at inter-operator reliability of palpating the ‘cranial rhythm’ and found there to be little agreement, although modern understandings in the cranial field describe a number of simultaneous rhythms with differing rates, relating to different aspects of function.

How this mechanism is related to health/disease has not been scientifically established. Some osteopathic physicians believe that healing dysfunctional cranial rhythmic impulses enhances cerebral spinal fluid flow to peripheral nerves, thereby enhancing metabolic outflow and nutrition inflow. Many without direct experience of the benefits of treatment dismiss cranial osteopathy as merely theoretical. However, patients of cranial osteopathic physicians have reported emotional releases, lightness and buoyancy, and visualizations. This technique is increasingly being recognised as especially suitable for newborn babies and young children, with particularly good results in the treatment of colic and crying.[citation needed] It is claimed that as their bones have not fully fused and hardened, they are more susceptible to the treatment. All in all, this practice appears to be popular with patients with an increasing demand for experienced practitioners.

Craniosacral therapy is based on the same principles but the practitioners have not attended medical school and are therefore not osteopathic medical physicians. Chiropractor & osteopathic physician, M.B. Dejarnette further developed craniopathic techniques inside of a complete Chiropractic system known as Sacro-Occipital Technique or simply “S.O.T.”

Visceral osteopathy
Proponents of visceral osteopathy state that the visceral systems (the internal organs: digestive tract, respiratory system, etc.) rely on the interconnected synchronicity between the motion of all the organs and structures of the body, that at optimal health this harmonious relationship remains stable despite the body’s endless varieties of motion. The theory is that both somato-visceral and viscero-somatic connections exist, and manipulation of the somatic system can affect the visceral system (and vice-versa).

Visceral osteopathy is said to relieve imbalances and restrictions in the interconnections between the motion of all the organs and structures of the body–namely, nerves, blood vessels, and fascial compartments. During the 1940s, osteopaths like H.V. Hoover and M.D. Young built on the pioneering work of Andrew Taylor Still to create this method of detailed assessment and highly specific manipulation. The efficacy and basis of this treatment remains controversial even within the osteopathic profession. Visceral manipulation was further promoted within osteopathic treatment by Jean-Pierre Barral in his recent series of books on the subject.

While neither cranial osteopathy nor visceral manipulation are the mainstay of most osteopathic medical practices, there is increasing interest in both of these areas from patients and practitioners alike. Training in cranial osteopathy in the UK and other parts of the world has now reached validated MSc level, which aims to improve standards and contribute to the body of evidence with research-based studies carried out from within the profession.

Book Appointment by phone:+372 621 4797.
In order to enable your doctor to properly evaluate your condition please bring the following items to your appointment: medical reports, X-rays etc. Please read what do need to know for the first visit.

For more information on treatment: